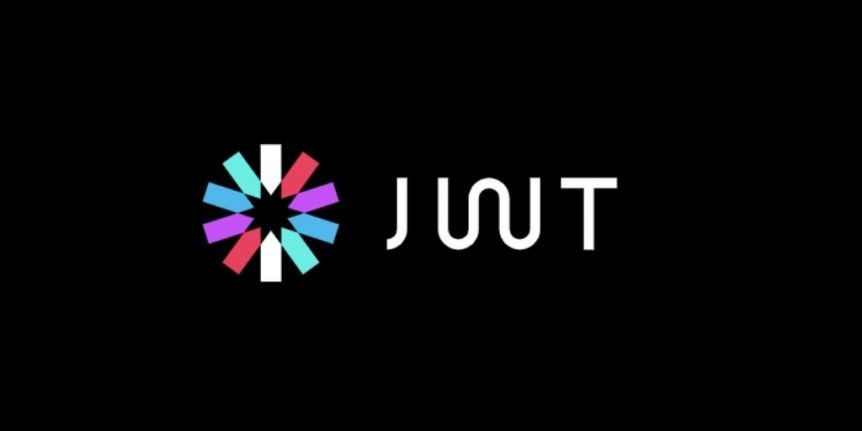 In this post, I present a tiny .NET Core C# JWT API demo that creates and parses a JSON Web Token (JWT). A self-contained Swagger UI dashboard exercises the API.

We can’t dead-drop a JWT demo without wrapping it in words about JWT background. I’ll set the scene by introducing tokens, JWTs, and surveying session state residency tradeoffs. We’ll then migrate to, high-level JWT JWT use cases, and arguments about if or when to use JWTs.

I seek to give equal coverage to JWT upsides and downsides. Let’s get started.

Note that internet literature is rife with controversy about tradeoffs of JWT usage.

Applications normally contain a state that carries across requests for responses or actions. State is a record of progress through a task or process. Consider state as a list of keyed variables.

Where do we hold state? HTTP is a stateless protocol, yet most web applications are stateful. Otherwise, a client would need to authenticate at every service request. Let’s look at two approaches to storing state. Please realize that there can be hybrid approaches as well.

Session cookies are a time-honored approach to managing state on HTTP-based applications. Frameworks normally support this scheme. Not much developer sweat is emitted in their use.

Note that the session store could be server memory or a DBMS.

A server creates a browser cookie by sending a Set-Cookie header in an HTTP response. A cookie relies on affinity. It indicates that two requests originated from the same browser. I cannot paste a session cookie value from my FireFox dev console into my Chrome dev console, expecting the session to flow to Chrome.

You can pronounce JWT as “jot”. I say JWT. Let’s examine each of acronym’s three letters right-to-left:

The concept of “stateful token” means session state lives in the token instead of the server. A client holds the state if it holds the token. Session state commonly consists of issuer, audience, authorizations (claims), and session-valid date-times. With JWT, a server could be considered stateless. True RESTFul services are stateless.

In which cabin of HTTP does a JWT fly? JWT bindings look for a base64-URL-encoded JWT string in the following places, in order of preference:

The JWT is base64-URL-encoded. That’s not to hide the contents, but to tunnel through paths that could try to derive control information from opaque data. Please consider a JWT to be cleartext. Anybody can decode a JWT payload via any online base64 decoder.

We normally secure a JWT by signing its payload. We don’t hide it. Any hiding would be external, often via a connection encrypted as HTTPS / TLS. The JWT signature section is used to verify the identity of the creator of the JWT. Modifying the payload or header part of the JWT invalidates the signature.

Thus, the payload is open! Do not insert sensitive information, such as a password (or your party affiliation). The payload normally contains authorization / permission / role information. I would give a JWT access token a reasonably short-expiry time.

A sender could refresh its access via a refresh JWT. Read the references for the rationale of short-expiry access tokens used with longer-expiry refresh tokens. For this discussion, they’re all JWTs.

I created a tiny JWT encode and decode demo service. I wanted a no-code UI to accept a payload to a JWT creation API. Another UI-exposed API would accept a JWT, so as to reconstitute the payload and verify the JWT signature: a round-trip API demo.

JWT is intended to interoperate with the World. I found a candy store of choices among languages and frameworks. I wanted my demo to be short and simple. No IDE required would be a plus.

I’d recently worked with a .NET Core API that used a Swagger UI as a development REST dashboard. I used that approach for this demo. The https://jwt.io/#libraries site lists many JWT language bindings. I chose .NET Core “Trivial Libraries”: https://github.com/nuscien/trivial, a kind of Swiss Army Knife for .NET Core. It exposes JWT bindings. The .NET Core framework carries out the build, the runtime, and package management for this demo.

See https://github.com/in-the-keyhole/jwt. There are only four files of source code for the demo. The JwtService is the heart of the demo. It consists of encode, decode, and signature methods that delegate to the Trivial.Security package. It uses a small JwtApi.Model that dictates the payload shape.

It requires no IDE to build and run. High-level instructions:

In other words, enter these pastable command-window incantations:

Use the demo to create a JWT from a payload POSTed from the Swagger UI dashboard. The model dictates a hardcoded signature encryption scheme, as well as a default password. Let’s start the demo…

The API uses a shared secret HS256 scheme for the signature. The default secret value is “secret”. It IS a demo. You could set your own secret via the optional JWT_SECRET environment variable.

Create a JWT by carrying out the following steps in the Swagger UI browser window:

The HTTP response code is 200. The response body contains the base64-encoded JWT. It is encoded into base64 so as to pass through the HTTP layer.

Copy and paste the POST response body value into the token value of the Swagger GET pane after clicking Try it out there:

Click Execute. Scroll down to the 200 response body to find the payload reconstituted from the token. Notice that Swagger UI gives you a curl command and an HTTP link, as well, for exercising the APIs outside of Swagger UI. If you try the curl command, append -k to the parameters to enable HTTPS / TLS.

Note that Swagger also gave you a completed request URL that you can play using Postman or a browserGET.

Let’s independently check a demo-created JWT by pasting it into the official online JWT debugger at https://jwt.io/. It is a bidirectional UI, meaning for whatever data you input on the left or right, reflects on the opposite side.

Remember that JWTs are self-contained session state strings sent over the channel. They are normally exposed as base64 cleartext. Granted, they’re not valid to a receiver unless they are unexpired and signed, but the payload IS visible.

The debate seems to follow any choice to use JWTs in lieu of using traditional state-keeping approaches. A selection of objections to JWTs includes:

I didn’t want to dead-drop a JWT demo on you without wrapping it in words about JWT background. I sought to give equal coverage to JWT pros and cons. We touched on:

I’ve appended a set of references that dance on many sides of the issues of sessions and JWT.

There were choices of languages and frameworks in creating a JWT demo (except, maybe, Forth: https://en.wikipedia.org/wiki/Forth_(programming_language)). I chose .NET Core C# because of a recent favorable experience using .NET Core. It is a satisfying low-impedance pathway for coding, building and running this demo end-to-end. The demo operates on Mac OS, Windows, or Linux. Dependencies are .NET Core, with a couple of NuGet packages added.

The all-but-free dashboard implemented in Swagger UI needed only a couple of lines of configuration to yield in-your-face REST API functionality.

Would I use JWT? Certainly, with OAuth2 or microservices. I’d carefully step around contradictions listed in the literature (e.g. “JWTs are usually stored in local storage” vs “Never ever store a JWT in local storage”). I’d use a refresh token scheme while checking lifecycles, issuers, and audience.

JWT Demo Repository
JWT Debugger, Doc, and Library Links
All You Need to Know About User Session Security
Refresh Tokens: When to Use Them and How They Interact with JWTs
My Experience with JWTs
The Hard Parts of JWT Security Nobody Talks About
Security Cheat Sheet – JWT
Cookies
Stop Using JWT for Sessions
Sticky Session
JSON Web Signature
JSON Web Encryption
JSON Web Token
Load Balancing, Affinity, Persistence, Sticky Sessions: What You Need to Know