The big three cloud providers (AWS, Azure, and Google Cloud, in that order) have their various strengths and areas of expertise. Most large organizations though typically pick one cloud provider for their cloud computing needs. This works well if you’re a Java shop that’s on AWS, or a Microsoft shop on Azure. But what if you’re on a large Java project in an organization that wants to use Azure? You’re in luck.

Microsoft Azure has come a long way and is very supportive of non-Microsoft technologies. The proof though is in the pudding, which is where this blog post comes in. I take Josh Long’s Bootiful Microservice Services, a great starting point to get a cloud-native Spring microservice application up and running and show how it can be run on Azure.

This first blog post will be all about setting up our basic microservices by walking through the various parts of Josh’s example application, with some best practices and patterns that I’ve found to be effective. Rather than a simplistic ToDo application, we’ll be basing our application off of my favorite bagel shop in New York, Original Bagel Boss in Hicksville, to manage its orders, inventory, etc. If we can run a bagel shop on a Spring application running on Azure, and keep customers happy and full of carbohydrates, then it proves out for applications of a similar size and complexity.

We’ll be staying mostly inside the familiar Java confines, then slowly start working our way out to getting our application deployed to Azure. Then we’ll start introducing additional complexity like Spring Batch jobs, a React front end, etc. A setup this complex will show that Azure is ready for prime time when it comes to running applications in production, even if they are built on non-Microsoft technologies.

There are several different ways to start a Spring Cloud Native application. The first step would be to select an IDE. JetBrains’ IntelliJ IDEA is one of the most common ones across the Java ecosystem. In this document, I will show how Spring’s STS, their own variation on Eclipse, can be used to develop the application.

First thing’s first, is to download STS off of Spring’s website. I will be using the Windows 64 bit edition, version 4.2.0, installed at C:\Program Files\Spring\STS\4.2.0. Then make sure you have the right version of the JDK and JRE installed on your system. I’ll be using Java 8 in this example, with JRE and JDK at 1.8 161.

And, of course, make sure to switch STS over to the darkest theme you can find. No real programmer uses a light IDE.

I will be using the microservice paradigm with this application. It will allow for the application to be deconstructed and maintained along the lines of the bounded contexts with the domain. Each piece has loose coupling with other pieces, and has high cohesion within the bounded context. It is even possible to have each bounded context implemented using completely different technologies, but the recommendation is instead to keep high cohesion in terms of coding style, tools used, and even build and deployment strategies between the microservices.

Getting the microservice up and running.

With that in mind, the next step is to go to start.spring.io to give me a starting point. I will create the first bounded context, an important Domain-Driven Design concept, for my application: Orders. I will use Maven, because it is the best choice. Java, rather than Kotlin or Groovy, the latest release Spring Boot. I decided to have it make JAR, not WAR, and use Java 8. The only dependency I added was the Web dependency, as I know I want to create a very simple API to begin with. 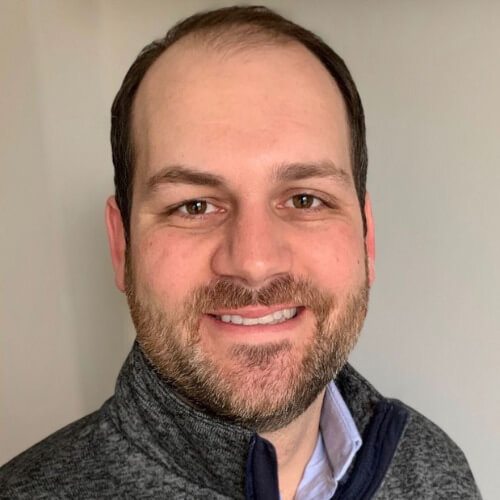 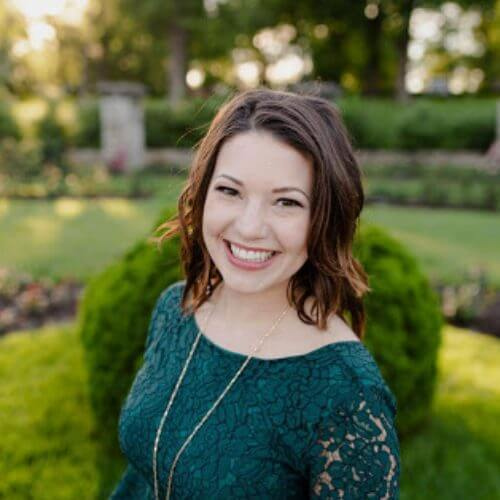 I extract the archive produced to my STS workspace, rename it to be com.bagelboss.orders, and start the Import process. I click on File -> Import. Select Existing Maven Project. 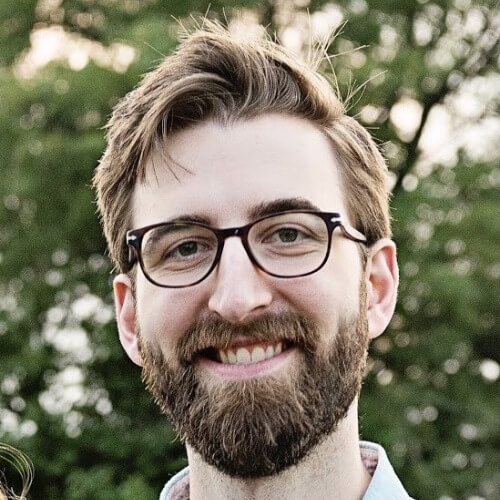 I open the com.bagelboss.orders folder, and select the pom.xml inside it to import.

Once it is imported, I then start the Spring Boot server via the Boot Dashboard.

Next, we’ll add Swagger to our API following this tutorial. Add the dependencies to the pom file, create the configuration class, and restart the app. This gives you an API definition available at /v2/api-docs, and a Swagger UI page available at /swagger-ui.html.

Then we’ll create a very simple API that takes in an order request with the desired number of bagels and a due date, and returns a canned Id for the order. When the API is invoked for this endpoint, whatever parameters are put in, the response is always the same canned order id of 1.

Next will be to add in a temporary persistence layer: H2. At first the H2 database will be in memory, then purged every reboot. Later in this guide, the persistence layer will truly be persistent, and live on even after the application has been rebooted. We will also switch the order id over to a UUID. Every other primary key generated by the microservices in this application will use the UUID paradigm as well.

Following the steps in this guide, a simple OrderEntity and OrderDetailEntity entity is added, along with the changes to the pom file.

The Spring Data JPA makes it very simple to create OrderRepository and OrderDetailRepository interfaces that are implemented at run time. This runtime implementation allows the developers to focus more on defining relationships than worrying about the implementation details of writing queries.

Once the persistence is setup, the next step is to create an API that allows orders to be marked as fulfilled, as well as an API our customers can invoke to check on the status of their order. This is implemented in the OrderRestController and OrderService via the setOrderStatus and getOrderStatus methods. The controller leverages the @PathVariable annotation to make the interaction with the API very RESTful. A custom OrderStatusEnumeration is used to represent the status of the order as it progresses through the bakery.

With a few different APIs in place, some of which should only be accessible by users with sufficient privileges, security is becoming a very real concern. This step will add Spring Security to our existing microservice, with an extremely simplistic authentication/authorization process.

This guide is a great starting point to adding in Basic Auth via Spring Security. Some of it isn’t needed for this example project, such as the authentication entry point. The only caveat needed for this section is to explicitly disable CSRF for the moment. It will be enabled once the React UI is built, but can be disabled now that Postman will be the primary way to interface with the APIs.

Of course, no microservice is worth its weight in digital salt without some sort of automated testing. This part of the guide will walk through getting both unit testing as well as integration testing in place for the code produced to this point.

This guide is a great starting point to see what needs to be done to add automated testing to the single microservice. I’ll start out with a unit test, then work up to an integration test. The spring-boot-starter-test dependency was added in a previous step. Next, in src/test/java, add in a com.bagelboss.orders.api package, with an OrderRestControllerTest class for unit tests. Follow the convention in the article for their EmployeeRepositoryControllerIntegrationTest. This makes use of Spring’s MockMvc class, which makes it very easy to simulate how an incoming API request will flow through the application code.

The very simplistic test in the OrderRestController_receiveOrder_passesBeanToService method creates a new ReceiveOrderBean with an UUID for the expected order ID, invokes the API, ensures the response is a HTTP 200 OK, and interrogates the response to ensure it matches the expected order ID. To make the common job of serializing the Java object as a JSON string, the TestHelper class was created with a static method to centralize the serialization to JSON. This unit test initially fails because there is no notion of authentication and authorization in the mock API request.

To rectify this, we’ll rename the method to OrderRestController_receiveOrder_unauthorizedWithNoCredentials. The expected response will be HTTP 401 Unauthorized. The new method will be OrderRestController_receiveOrder_passesBeanToServiceWithCredentials. We’ll need to add the spring-security-test Maven artifact in the test scope. This gives us access to the @WithMockUser annotation, automatically appending on the stock Basic Auth credentials needed for this API. 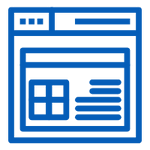 Adding unit tests for the additional methods in this controller follows similar paths. The setOrderStatus API returns void, so instead, a verify needs to be placed on the mock OrderService to ensure that it received the expected parameters. This can be done by leveraging the verify() method along with the ArgumentCaptor to assert that what was returned from the method matches the expectation.

The next method, getOrderStatus, will have specific tests for when an order is not found throwing an exception, and the positive case of finding an order and returning its status.

At this point, the API is almost ready for prime time. The next step is to create an edge API using Zuul, allow for service discovery using Eureka, circuit breaker using Hystrix, log tracing and visualization using Sleuth and Zipkin, respectively, and a Spring Cloud Config to manage the configuration of these services. This guide will cover only one of the many ways to get this up and running.

Convert the existing Orders service to a git repo

The first step will be to take the existing code we’ve done for the Orders service, and place it within a git repository. To do this, head over to Azure DevOps, create a new git repo. 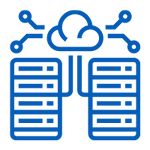 Then clone it to your machine, move the code you have done to the repo, git add, git commit, and git push. My repository is published at https://dev.azure.com/zgardner0708/com.bagelboss.orders

To get this up and running, two different git repos are necessary: com.bagelboss.configuration, and com.bagelboss.configservice. The former is the git repo where we’ll manage the equivalent of the application.properties for all of our services in our microservice mesh. The latter is the service which services in our microservice architecture will query to obtain their configuration from.

With both repos created, clone them to the local machine. Then head over to start.spring.io, create a Maven Java 8 project using the latest stable version of Spring. Add on Config Server as a dependency.

Download the archive, and extract it into the com.bagelboss.configservice repo. Then import the existing Maven project into the workspace. It will automatically appear in the Boot Dashboard as a service that can be started.

Then we’ll create a simple configuration file for the Orders service to read from. In com.bagelboss.configuration, create order-development.properties with a simple property of customer.name.default and a value of “A customer name from configuration”. Git add, git commit, and git push to make it available.

Then, start up the Config service. Note that this will need to be the first service started, as all of the other services will pull their configuration from it. Once launched, http://localhost:8888/order-development.properties should resolve to a properties file that was configured in the com.bagelboss.configuration git repo.

Before launching the Order service again, the OrderService class will be tweaked to pull the customer.name.default value from the properties. As this property value only exists from the Config service, this will prove that everything is configured correctly. Start up the Order service in debug mode, put a breakpoint on the line where the default customer name will be used, invoke the receiveOrder API, and observe that the value of the default customer name matches what was configured in the com.bagelboss.configuration repo

Wrapping it up, looking ahead

Additional blog posts will cover advanced functionality such as Spring Batch integration, a message queue/bus, and eventually a React UI to make the whole thing tangible.

Bringing a Microservice Into an AWS App Mesh

Service Discovery with Eureka and Zuul