In recent years, Git has become one of the most popular source control systems used around the world. Typically, users in the past have used either the command line or some variation of a visual graphical interface. Today, I would like to introduce you to GitKraken, Git GUI for Git.

GitKraken is a graphical user interface for Git built on top of the Electron framework – much like the popular Visual Code editor is. GitKraken is cross-platform, which means that developers can use it on Windows, Mac, and/or Linux. No matter what type of development environment you’re working in, you can have the power of a graphical user interface for Git.

GitKraken has all of the expected features of a graphical user interface for source control usage, AND it has a few hidden jewels which make it an absolutely outstanding tool to use. These are listed and discussed in the blog below.

The first thing you’ll notice when you open a repository is the colorful visual history of the commits made to the repository. Every commit is color-coded along with the branch name, the user who committed to that branch, and a summary of those commits.

Clicking on a single line of the commit history will display the files associated with it in the right sidebar. Clicking any one of those files will replace the center history window with a syntax color-coded version of the changes that were made during the commit for that file.

The color-coded system is not only visually appealing, it makes it incredibly easy to track, manage, and further understand commits to the repository.

Typically, when a developer is working in a team environment, many developers work within the same application. This makes it entirely possible, and even likely, for a merge conflict to occur when pulling the latest commits into your working branch. Most developers dread having to search through files to find the conflicts and then spend hours trying to figure out what to keep and what to remove.

GitKraken makes this dreaded process easy with its built-in merge conflict editor. Opening a conflicted file will give you a side by side view of the file in question and highlights of the affected sections of the code.

At the bottom of the tool, you’re given a full-width panel of the combined code as you go through your code comparison. When finished, you simply click save, and the file is now merged and ready for you to continue with your duties.

One of the more unique features of GitKraken is the integration of many Git hosting companies.

Most of us have to work with both our Git repository code and also with the issues that are associated with that code on a daily basis. Many of you probably use tools like JIRA to manage tasks given to you by the product owner.

These tools are handy, but productivity is slowed when you are constantly context switching between your code and your requirements tools. With GitKraken, however, you can easily link everything up in one place.

For example, when using GitHub, you can easily create issues within GitKraken. You can add text, images, requirements, etc., assign tasks, and create branches for those tasks through the interface itself without ever having to open a separate tool.

All of the information is stored on Github where it can be viewed by anyone with access to the repository. Then, pull requests can be created for the merging of the code back into the repository. When everything is completed for that task, the developer can then comment about the task and close it to move onto their next task.

GitKraken is a powerful tool. It gives developers deep insight into their code repositories with a visual representation of the activities that happen within the code.

There are other tools that do the same thing, but the wide variety of integrations with GitKraken allow it to work with code hosted almost anywhere from GitHub to Bitbucket to even Azure DevOps. In addition, it’s able to link into JIRA, Trello, and Github for managing tasks, which makes this a powerful tool for any developer to use.

To learn more about GitKraken, I recommend going to their own support site, which has many resources available. Their support site is top-notch with step by step videos of each feature within the tool.

GitKraken also has a great learning area. Really dive deep into the concepts of Git so that not only do you understand what’s happening behind the scenes when using GitKraken, you will also be able to fully understand the whole process of using Git during code development.

I personally have used GitKraken for over two years, and I’ve connected it to Github, Gitlab, Bitbucket, and Azure DevOps. I have found it to be an invaluable tool when working across multiple clients and repositories.

I highly recommend GitKraken not only for beginners but also for long-term and experienced users of Git. When using GitKraken, you will be surprised at how well you start understanding what your code repositories are doing.

A Better Approach to Merging Files in Git 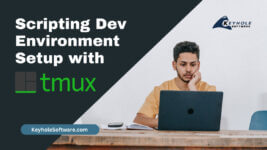